Chapel of the Holy Dove 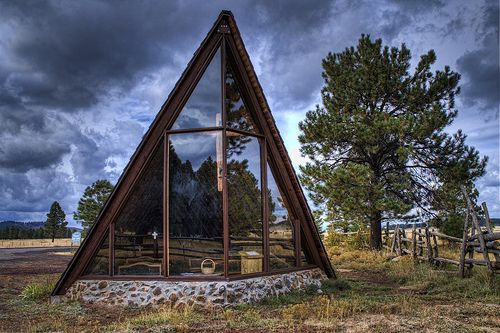 The Chapel of the Holy Dove is a historic chapel near the San Franciso Peaks on Highway 180 between Flagstaff and the Grand Canyon. This chapel was donated to FCF, but is open to all travelers as a place for rest, reflection, and prayer. The chapel is also a popular venue for small weddings.

History of the Chapel of the Holy Dove

The Chapel of the Holy Dove sits on a parcel of land originally part of a small ranch purchased by Watson M. Lacy, MD in 1960. He was the only physician at the Grand Canyon Hospital, which he operated with his wife, Ruth. They came to this area for respite from the demands of the medical practice at the Canyon. The beauty of the Peaks affirmed the goodness and majesty of God. They wanted to give travelers the opportunity to share it. In the summer of 1961, with the help of his sons and some hired hands, the 41-year-old Lacy, with no experience as a builder, used explosives to create holes in the rock beneath the Chapel to secure and position the large Ponderosa Pine logs which comprised the original A-shaped structure framing the San Francisco Peaks. Local volcanic rock and petrified wood was used to build the supporting stone walls. This was a project for intermittent days off from his practice at the Canyon. The Chapel was completed in 1962. Dr. Lacy died October 1991. The ranch property was sold but the parcel on which the Chapel stands remains in the trust of his widow. 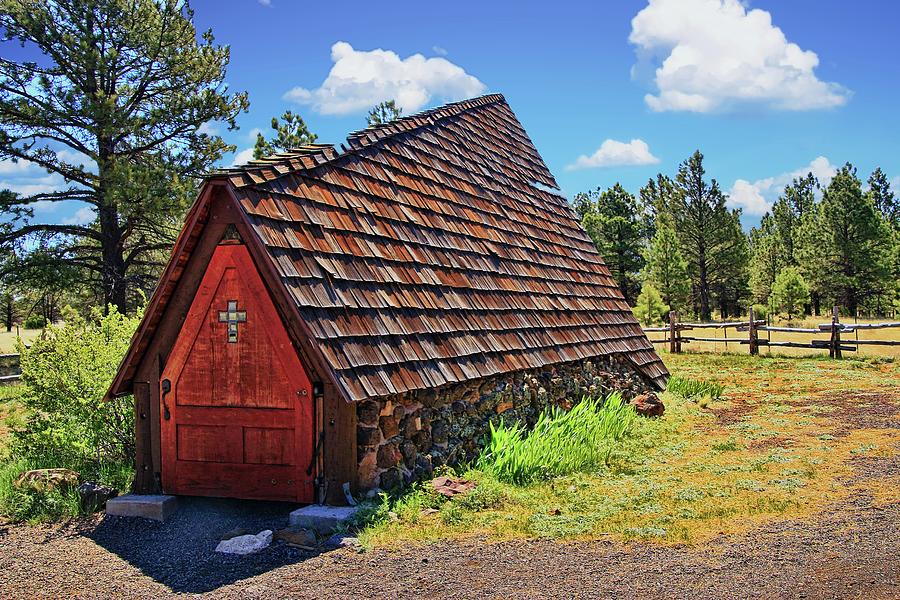 On March 8, 1999, the Chapel was destroyed by a transient’s campfire but the stone walls remained. Shortly thereafter, an 18-year-old NAU student, Christen McCracken obtained permission from Mrs. Lacy to raise funds to rebuild the structure. Since the Chapel had become a popular landmark, the local public supported the project. Many materials were donated by Flagstaff merchants. Volunteers supervised by Flagstaff resident Ricky Roberts, completed the current Chapel, similar to the original, in April 2000.

The Chapel is open to all. Many have been married at the Chapel, including four or Dr. Lacy’s six children, the daughter of an Arizona governor, and also Christen McCracken. The Chapel of the Holy Dove was named to acknowledge the Third Person of the Holy Trinity, described in Matthew 3:16 as descending “like a dove” above Jesus in commissioning His earthly ministry as God, Incarnate. 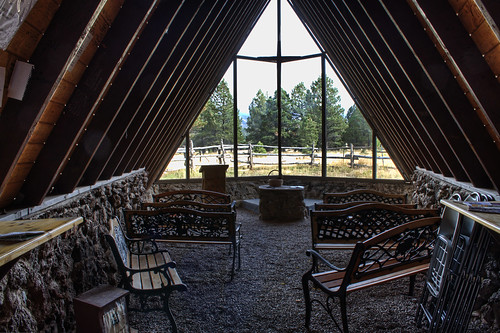 The building was dedicated in memory of Dr. Lacy’s brother, George, and nephew, Randy Lacy, who drowned in a boating accident in California in 1957. The original memorial plaque read: “In Memory of George and Randy Lacy whose great love in life and great courage in death made known the Glory of God”. Lacy’s profound grief resulting from the loss propelled great soul searching which led to personal faith in Jesus Christ. Once an agnostic, he discovered “…the Way, the Truth and the Life” was to be found only in Jesus, who said of sacrificial love in John 15:13, “Greater love has no one than this, that one lay down his life for his friends.”

It is our prayer that all who visit the Chapel of the Holy Dove would experience God's love and power.

Using the Chapel of the Holy Dove for Events

Do I need to reserve the date?

The Chapel doors are always open and is on a first-come-first-serve basis. No prior arrangements or reservations are needed. Arrive on the day and time you want and have your event. 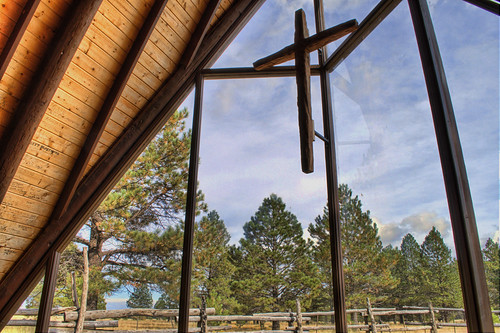 Is there a cost for using the Chapel?

We do not charge for use of the facility. If you choose to, you may donate to its maintenance here or by leaving something in the Chapel's donation box.

Decorations are allowed as long as everything is cleaned up before you leave. Please refrain from using glitter or anything that would leave permanent marks.

Anything else I should know?

The only restrooms are two outhouses nearby.  Parking space is limited. Without social distancing, the Chapel can hold 10-14 people.

The Chapel of the Holy Dove is located on Highway 180, north of Flagstaff. 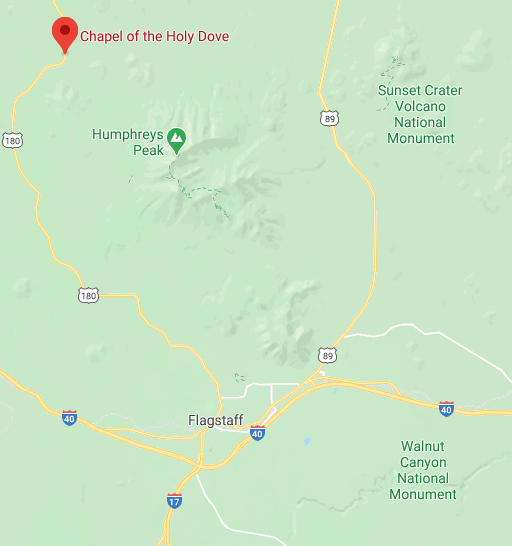